Taking women, peace and security to the next level in Africa 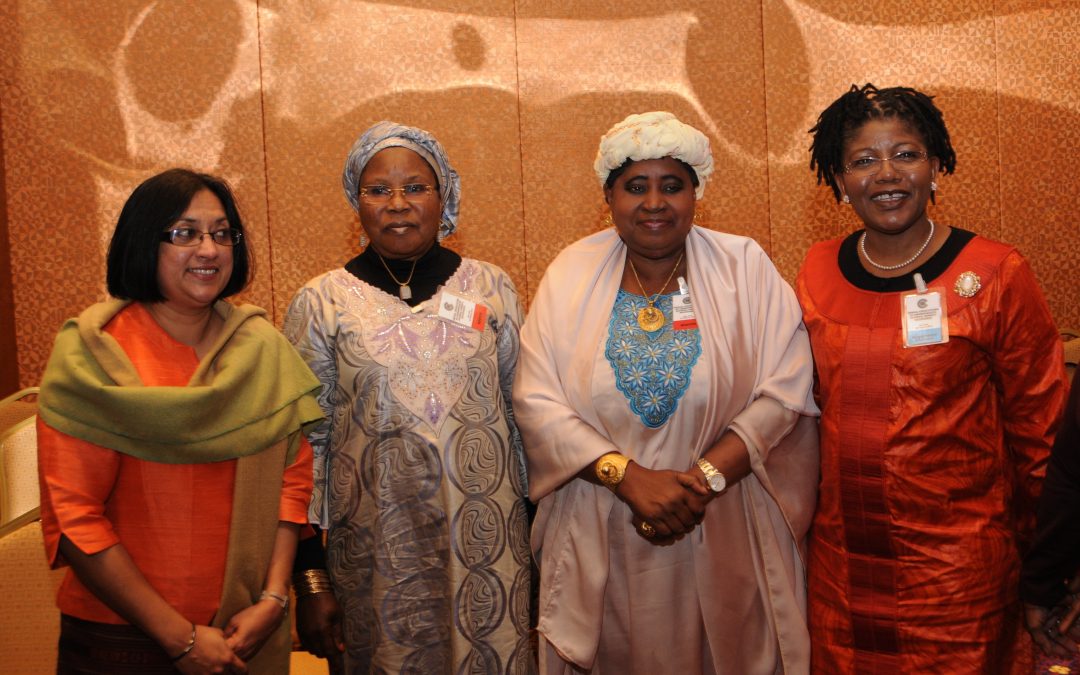 Taking women, peace and security to the next level in Africa

African advocates, pioneers, and thought leaders of the Women, Peace and Security Agenda, together with the Norwegian Foreign Minister Børge Brende, took stock of the achievements and challenges for women building sustainable peace on the continent at a high-level event on 22 September during the 72nd General Assembly.

“If peace processes do not include women, civil society and youth, they are not sustainable,” Børge Brende summarized the common understanding motivating all panellists in their endeavour.

When the United Nations Security Council adopted Resolution 1325 (UNSCR 1325) in 2000 and acknowledged the multifaceted role women play for peace and conflict, it was a milestone. In the aftermath, advocates all around the globe pushed Member States for its tangible implementation via National Action Plans (NAPs).

Since then, the nature of conflict has evolved. “National and Regional Action Plans are more important now than they have ever been,” said UN Women Chief of Peace and Security Unit, Paivi Kannisto, opening the discussion that she co-facilitated with UN Women Representative in South Africa, Anne Shongwe.

While many of the underlying factors of conflicts in Africa have remained the same, such as governance, security and political violence, new challenges have emerged. Climate change, forced displacement and migration and violent extremism were among the emerging challenges highlighted by Professor Cheryl Hendricks from the University of Johannesburg in her remarks.

With the number of conflicts on the upswing since 2010, Professor Hendricks called for all countries to develop and adopt or review their National Action Plans to adequately reflect these new challenges. She stressed that NAPs needed to speak to the particular context of each country. “From a feminist perspective, we need to call not only to be included, but to be transforming processes that have not delivered on sustainable peace,” she advised.

The Deputy Prime Minister of Namibia, Netumbo Nandi-Ndaitwah, explained the importance of sustaining peace. “Namibia’s experience is that we cannot take our peace for granted,” she said. “Peace is not self-sustaining, it needs to be nurtured.” The country emphasizes training and education for peace, early warning systems and a holistic understanding of violence prevention—from the family and community to the national and international level—in its NAP. Namibia was a champion in the Security Council, supporting the adoption of UNSCR 1325.

Representing the Democratic Republic of the Congo (DRC), Gender Minister Chantal Safu Lopusa, shared concrete actions taken on the Women, Peace and Security Agenda in the recent years, including the training in conflict resolution and women’s rights of 525 mediators in three provinces affected by armed conflict; the training of military and police on sexual violence; and the promotion of women in the army and police. “For the first time, DRC has women generals in the military and the police,” she said.

South Africa is embarking on a similar approach training women in conflict resolution, mediation and prevention. Trainings target women from all over the continent, but also at grassroots level and young women. “We need to invest more and more in women. The fact that we don’t have a conflict, does not mean that we do not need a framework to sustain peace,” the South African representative said.

Following the Norwegian understanding that “NAPs must be living documents. They must be updated regularly, reflect the present and prepare us for the future,” as the Foreign Minister put it, Nigeria has already implemented its second NAP. Esther Eghobamien-Mshelia, the Director of Women and Gender Affairs at the Nigerian Federal Ministry of Women Affairs and Social Development, shared that the country’s first Action Plan on women, peace and security, which was established during a time of peace, didn’t hold up to the prevailing situation of conflict, which is characterized by systematic kidnapping of and violence against women and girls.

UN Women’s leadership, partnership and support for National Action Plans was lauded by speakers from Nigeria to Norway and by the representative from the Southern African Development Community (SADC). The inter-governmental organization supports its members in the region in developing, adopting and implementing NAPs.

UN Women’s Executive Director, Phumzile Mlambo-Ngcuka, called for more investment in the Women, Peace and Security Agenda and concurred with other speakers that the absence of conflict was not equal to peace. “As long as women’s bodies are constantly being attacked in many ways, being perpetually in war, we cannot talk about peace,” she said.

The Executive Director was energized to see the progress that has been made across the continent and the enthusiasm demonstrated by all participants to ensure women play a more important role in peace and security. She concluded with a simple, but important ask to participants and the audience: “We need meaningful and significant representation of women everywhere. It’s a game-changer.”