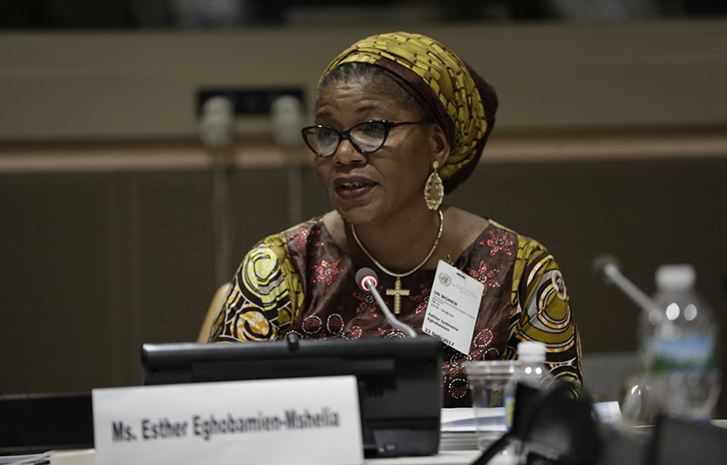 ABUJA – Esther Eghobamien Mshelia, the United Nations (UN) Convention on Elimination of Discrimination Against Women (CEDAW) Representative in Nigeria and Convener, Women Arise Development and Humanitarian Initiative (WADHI), has attributed lack of data and culture of silence to the increased rate of violence against women in Nigeria.

She noted that a lot of issues around violence are things people are not comfortable to speak about and we also do not have enough data.

Mshelia made this known at a two-day conference on “A CEDAW perspective series to promote transformative gender equality and women’s advancement in Nigeria,” with the theme: “Orange the World by Uniting to Address Women’s Intersecting Rights Concerns”, on Tuesday in Abuja, in collaboration with the British High Commission.

According to her, “When you don’t have data, you do not know the trend, the pattern, then it is difficult for you to know the best strategy to deal with it.

“Another issue is our weak legislation. We have legislation, but they are quite weak. There are many gaps in the existing legislation and there is need to bridge those gaps. For instance, we do not have family laws in Nigeria and a lot of the issues that are related to gender-based violence required family laws to deal with the cases.

“So, that it can be settled at lower level, rather than long processes that takes it to higher courts that probably have no jurisdiction and no precedent to ride on in determining the outcomes of such cases”, she stressed.

She further stated that there was also the issue of lack of awareness as people did not know where the laws were. We have many laws like the acts, violence against a person. We as a country, like most countries, on the legal front, have done well. We have the laws, but the existence of the laws is not enough. The laws must be fully implemented, the right must be fully enjoyed, so that people can actually feel protected by it.”

These are all critical obligations that both the state party and the non-state actors are obliged to fulfill, because they have signed the convention.